The Heavens Proclaim the Glory of God - Scorpius (Scorpio) 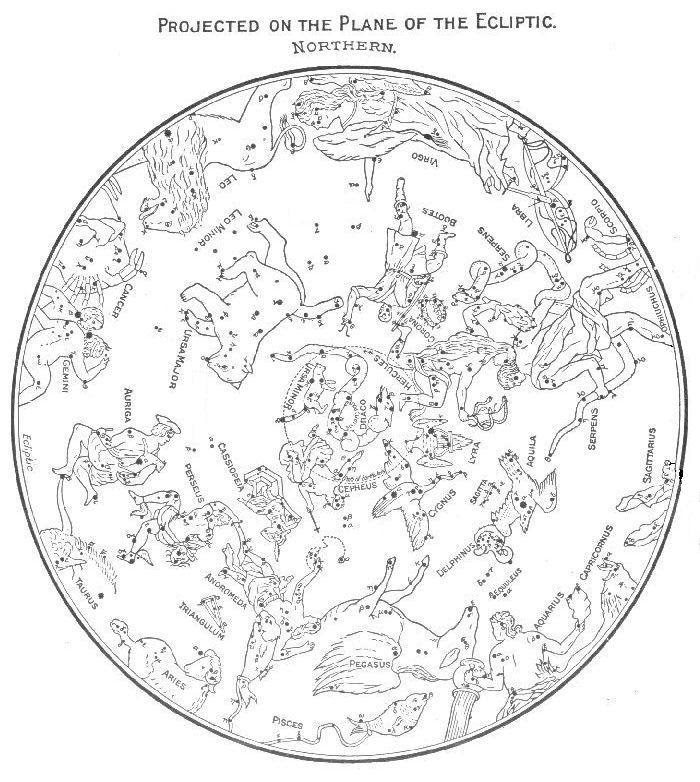 Considered to be among the oldest constellations recognized by human civilizations, these 12 patterns were of particular significance to ancient cultures like the Babylonians because, as the Babylonian astronomers noticed, they mark the path through which our Sun, moon and planets appear to travel through the course of a year. The stars of Scorpius trace out the spine of the Scorpion (or of a dragon, according to Chinese legend), making it perhaps the most faithfully rendered constellation in the sky.

Scorpio or Scorpius lies between Libra to the west and Sagittarius to the east. It is a large constellation located in the southern hemisphere near the center of the Milky Way.

The Hebrew name Akrab means ‘scorpion’ but it also means ‘conflict or war’. The Coptic name is Isidis meaning ‘the attack of the enemy’ or ‘oppression’. The Arabic name is Al Akrab ‘wounding him that cometh’. The brightest star is Antares meaning ‘the wounding’. It should be noted also that the serpent is trying to seize the royal crown Corona.

Three bright stars form the "head" of Scorpius, the celestial scorpion, while its tail curves away below it in the southern sky of summer. The brightest star in Scorpius is Antares ("Rival of Mars"), which is right at the heart of the scorpion's curving body. There is only one other red super-giant that is this bright and it's on the opposite side of the sky, in the constellation that dominates the winter sky - the star Betelgeuse in the constellation Orion. If you placed Antares at the center of our own solar system, it would swallow Mercury, Venus, Earth, and Mars, and almost reach Jupiter. Antares is estimated to be between 285 sun diameters to about 700 suns. Antares probably does not have much time left to it. It is massive enough someday to develop an iron core and eventually to explode as a brilliant supernova. The event may be a million years off, an astronomical blink of an eye; or it may occur tonight, so keep a watch on one of the great stars of the nighttime sky. An old Arabic name was Kalb al Akrab (the 'Scorpion's heart). The best time to view Antares is on or around May 31 of each year, when the star is at opposition to the Sun. At this time, Antares rises at dusk and sets at dawn, and is thus in view all night. For approximately two to three weeks on either side of November 30, Antares is not visible at all, being lost in the Sun's glare. 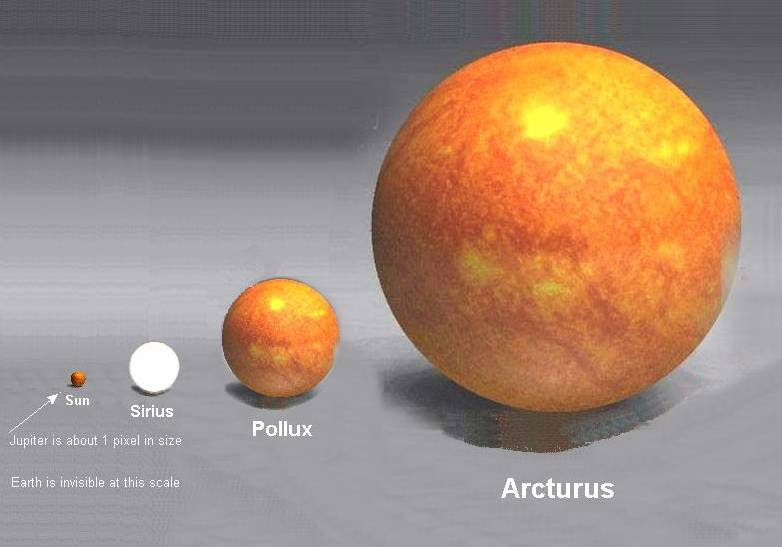 The two stars lambda and upsilon, both called "The Sting" in Arabic, traditionally form the stinger

Job 9:9 calls this sign "the Chambers of the South", referring to its opposition to Taurus and the Pleiades, directly across the sky. The Greek name of Scorpio was Chelai ("the Claws"), the Coptic name was Isidis ("oppression", cf. Ps 17:9), and another Egyptian name was Zugon ("the yoke"). The Akkadian name was Girtab, "the Seizer and Stinger" — reaching out to take hold of the Altar of Libra. The Greeks identified Scorpio with Typhon (Python), hundred-headed father of the multi-headed dog of hell, the Hydra, and the three-headed, fire-breathing Chimera. The tribe of Dan ("judge") is linked to Scorpio by being “a serpent by the way, a viper by the path, that bites the horse's heels”. Altogether, this constellation has 44 stars, but it had 21 when it was designed.

Revelation 9:1-11: Then the fifth angel blew his trumpet, and I saw a star that had fallen to earth from the sky, and he was given the key to the shaft of the bottomless pit. When he opened it, smoke poured out as though from a huge furnace, and the sunlight and air turned dark from the smoke. Then locusts came from the smoke and descended on the earth, and they were given power to sting like scorpions. They were told not to harm the grass or plants or trees, but only the people who did not have the seal of God on their foreheads. They were told not to kill them but to torture them for five months with pain like the pain of a scorpion sting. In those days people will seek death but will not find it. They will long to die, but death will flee from them! The locusts looked like horses prepared for battle. They had what looked like gold crowns on their heads, and their faces looked like human faces. They had hair like women’s hair and teeth like the teeth of a lion. They wore armor made of iron, and their wings roared like an army of chariots rushing into battle. They had tails that stung like scorpions, and for five months they had the power to torment people. Their king is the angel from the bottomless pit; his name in Hebrew is Abaddon, and in Greek, Apollyon—the Destroyer.

Revelation 12:9: This great dragon—the ancient serpent called the devil, or Satan, the one deceiving the whole world - was thrown down to the earth with all his angels.

In this sign we see the conflict between the man and the serpent and the scorpion. The following three Decans add more detail.

The sign shows Scorpio trying to sting the heel of a mighty man Ophiuchus, who struggles with Serpens the serpent. But the man crushes the Scorpion’s heart with his foot. Scorpio continues the battle between Christ and the serpent. So we have Satan's attack and battle with Christ, who, as the Seed of the woman, is to bruise Satan's head while Satan bruises Christ's heel.

The ancients divided the sky into 36 parts called Decans. The word, Decans, means pieces, divisions, or faces. Today we still see the root word when we talk about the deck of a ship. The decans were divided into twelve groups of three each, and each group of three was associated with one of the constellations of the zodiac. The word zodiac stems from the Arabic word for way, that is, path. The zodiac follows the path traced out by the sun in the course of a year. The moon also moves through the zodiac in the course of a month, and all the planets except Pluto move through the zodiacal constellations in the course of their years. 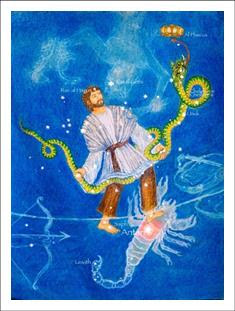 There is war, oppression, conflict and battle in Scorpio's star names. Looming over the scorpion is Ophiuchus, holding a serpent in his hands. His foot star is called bruise. The brightest star in the serpent is the accursed, the reptile. Hercules is the strong one who was wounded and now chastens, the kneeling branch about to bruise the serpent, Draco. At this stage of the message we can see the battle between ‘the rulers of the darkness of this world’ (Ephesians 6:12) and our mighty Redeemer.

Ophiuchus is from Arabic Afeichus = the serpent held. He is the strong man in a struggle with Serpens the serpent, overcoming and keeping him from the crown. He also has one foot raised, crushing Scorpio's head while the other foot is being attacked by Scorpio. The Coptic name for him means the Chief who cometh. In Greek he is Aesculapius, the healer, the physician, the Desired one, one who brings cure. The myth goes that he not only cured the sick but raised the dead by blood from the sides of the goddess of justice and the slain gorgon and finally himself suffered death from the lightning's out of heaven because of the complaints of the god of hell, but he was raised to Glory by the influences of Apollo. So in this decan we have the strong man fighting with the serpent, also the sent healer and redeemer of mankind. This has been recognized for over 4,000 years, as a great giant wrestling a serpent.

The name Ophiuchus means ‘the serpent held’. The Arabic name of the brightest star in the head of Ophiuchus is Ras Al Hagus meaning ‘the head of him that holds’. A star in the same figure’s foot is called Saiph (Hebrew) meaning ‘bruised’. Genesis 3:15 gives the prophecy of this bruising: And I will cause hostility between you and the woman, and between your offspring and her offspring. He will strike your head, and you will strike his heel.”

The Egyptian image is Apibau ("the coming king") — a man with the head of a hawk (enemy of serpents), seated on a throne.

The Egyptian name for Serpens is Khu ("ruled" or "enemy"). Its major star, in the neck, is Unuk ("encoiling"), also called in Hebrew Alyah ("the accursed") and in Arabic Al Hay ("the reptile"). Next in brightness, in the jaw, is Chelbalrai (Arabic for "the serpent enfolding"). The serpent is trying to get the Crown (a decan of Libra), to obtain dominion.

Hercules (the mighty man) - in the picture he is seen cloaked in the skin of a lion, bending on one knee, with his left foot over the head of Draco the dragon. His right hand grasps a club and the left hand holds a triple headed monster Cerberus. In Arabic he is called Al Giscale ‘the strong one’. In the temple of Denderah in Egypt, a similar figure is called Bau meaning ‘who cometh’ (as with Boötes, "the coming one"). The Arabic name of the brightest star in the head is called Ras Al Gethi meaning ‘the head of him that bruises’. In the right arm base is a star named Kornephorus meaning ‘the branch kneeling’. In the right elbow is a star named Marsic meaning ‘the wounding’. In the upper left arm, a star named Ma'Asyn meaning ‘the sin offering’. Finally in the lower part of the right arm is Caiam or Guiam meaning ‘punishing’. In Arabic it means ‘treading under foot’. These names and their meanings completely portray the Messiah crushing that old serpent (Satan) so rescuing the world from sin.

Isaiah 27:1: In that day the Lord will take his terrible, swift sword and punish Leviathan, the swiftly moving serpent, the coiling, writhing serpent. He will kill the dragon of the sea.

So in the constellation of Scorpio and its decans, we have the obvious picture of Christ's struggle and battle with Satan, keeping him from the crown. Our redeemer and healer, the bruiser of the serpent. Our Branch, Christ Jesus.

Here is the story the Mazzaroth presents to us, with the first three that we've covered thus far in bold:

Posted by Oakview Bible Fellowship at 5:30 AM