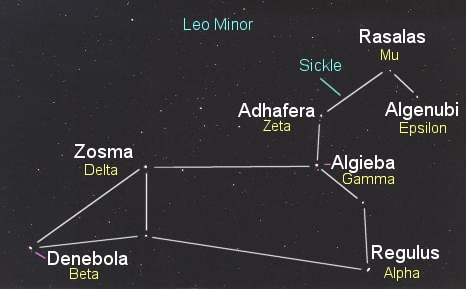 The three decans are Hydra, Crater and Corvus

The three decans are combined. We have Hydra, the Serpent; Crater, the Cup, pouring out wrath on the serpent; and Corvus, the Raven, grasping and pecking at the serpent.

I. Hydra - The old serpent destroyed. The excluded, put out of the way. The serpent fleeing.

III. Corvus / The Raven - The birds of prey devouring. His carcass devoured.

What we have here is the wrath of God being poured out as Leo, Lion of Judah, comes to pounce on the head of the serpent. We see also the death of Satan and the ravens feeding! Leo, the majestic lion, rending the prey, represents irresistible strength, and final separation between good and evil. His foot is over the head of the prostrate serpent, closing the series as we are told by the Apostle that the dispensation must be closed: "For He shall reign till His has put all things under His feet."

Leo is the Lion of the Tribe of Judah. The seed of the woman. The righteous branch. He roars out of Zion. He comes to his own again, but this time as the Lion not the Lamb. When he comes the second time he will tread underfoot his enemies. He will come in righteous judgment and will receive that kingdom that was promised to him before the foundation of the world.

Christ is referred to as the "Lion of the tribe of Judah" (Revelation 5:5), and the lion seems to refer to Jesus Christ in his role as King. This constellation most likely refers to Christ as King of Kings, reigning during the coming Millennium, after he has destroyed the horrible beast. Hence, we have the victorious Lion, crushing the enemy, Himself Exalted as King of Kings and Lord of Lords.

A virgin Maiden is the mother of an Infant Prince who is half mortal and half god (Centaur) and who will grow up to be the Good Shepherd (Herdsman). He is the Redeemer who will pay the price of sin (Balance) through his suffering (Cross) as a sacrifice (Beast) in order to win the Crown. He will be the great Healer who will crush sickness and death (Scorpion). He is the Savior (Archer, Hercules) who slays the Dragon, resulting in great rejoicing (Harp). He is also the Goat (Sea Goat) sacrificed on the Altar, but then resurrecting (Dolphin). He is the messenger of his Father (Eagle and Arrow). He is the Master Teacher (Waterman), who pours out knowledge and blessings on his church (Southern Fish), carrying it upward (Flying Horse) to someday be glorified (Swan). He is the Ram who breaks the Bands of Death, and the Hero who looses the chains of hell which bind and shackle both his former-day and latter-day Church (Fishes) to the awful Sea Monster. The Hero is also the Bridegroom who then marries his Church (Princess). He is enthroned as the King and the glorified church becomes his Queen. At the beginning of the Millennium, Christ reigns as King and Lord of Hosts of the Kingdom of God (Bull). As the royal Hunter he destroys the harlot (Hare) who has perverted religions and governments worldwide, and he executes judgment on the wicked (River). He is both the Father and the Son (Twins). He who comes in power to destroy the great harlot (Hare) at the Second Coming (Big Dog) is also he who came in meekness and allowed himself to be slain by her at the First Coming (Little Dog). He is the Deliverer (Crab) who leads the dead up out of hell (Ship) and delivers his flocks (Big and Little Bears). As the millennial King (Lion), he permanently overcomes the fleeing Water Serpent, who suffers the Cup of the wrath of God, and whose corpse is eaten by birds of prey (Raven).